Where is the leadership in Australian media?

I'll admit that members of the media can have a tough job - especially those in the print media. The purchase of newspaper is declining as more people choose to consume their news online. "Clickbait" headings have driven proud journalists to reduce their offerings to shallow articles designed to create outrage, confirm pre-existing biases or to simply "get clicks". But when the media prey on young people for the singular purpose of generating an audience for their online arti
26 views0 comments
Scott Jones

How can you select the best student leaders?

This year, I worked with Glenunga International High School to design a new process to assist staff leaders to revolutionise their Prefect S
14 views0 comments 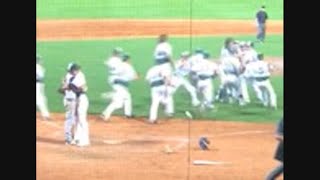 Redefining the Spirit of Cricket

This video recently went viral as the story emerged that the pitcher who struck out the final batter to win his teams' way through to the State Title delayed his celebrations to console his old friend, whom he had just struck out. Read the StarTribune article I was recently part of a fantastic group of cricket people from across South Australia that came together to formulate some recommendations for the future of cricket in this state. One of our key recommendations was form
28 views0 comments
Scott Jones

A simple version of the common and popular DISC Profile is the DOPE (or Bird) Test. No this isn't some random sample demanded from the Indian boxing team, but an acronym for: Dove Owl Peacock Eagle The richardstep.com website has a great, free, online version of the DOPE Test which describes the different types as: Dove – peaceful and friendly (similar to Steady in DISC) Owl – wise and logical (Cautious) Peacock – showy and optimistic (Influencing) Eagle – bold and decisive (
597 views0 comments
Scott Jones

Is it time for a rethink of elite sport pathway structures?

The competition for junior talent between sporting codes has never been tougher with more options available to young athletes than ever before. More athletes than ever are switching codes if their chances of making it big their primary sport start to fade...but what about the ultra-talented young people who never get a genuine chance to excel? I've just finished reading a fantastic book titled Outliers: The Story of Success by Malcolm Gladwell - a book that asks: Why do some
46 views0 comments
Scott Jones

If DISC Types were Wine Varieties

Read about the advantages of providing extra-curricular leadership development programs for students in my latest LinkedIn post. JCMC can help schools and students to design programs that will assist students to improve a wide range of skills that will help to enhance employability, develop effective relationships with others and improve academic performance. Email scott@justcallmecoachconsulting.com for an obligation free discussion about your needs. #students #leadership
21 views0 comments
Scott Jones

Coach's Quote of the Week #3

Great leaders admit when they're wrong

Many leaders stuff up, make bad decisions or act before receiving all of the right information. Many leaders have the positional power where
23 views0 comments
Scott Jones

When a superstar team beats a team of superstars (Part 1)

I have been lucky enough to play in some of the most amazing premiership wins you could imagine. Pure Hollywood style, backs to the wall, never given a chance, wins against the odds. As the saying goes, you make you own luck - but more about that in another blog. The first one I would like to share is a cricket premiership when we scrapped into finals and were all but dead and buried in a semi. Somehow we found a way to win the A1 Premiership for the first time in the club's
8 views0 comments
Scott Jones

Cultural awareness is vital skill for graduates as the world and business becomes more and more globally connected. However this article is
12 views0 comments
Scott Jones

Do great leaders lead from the front or behind?

Do great leaders lead from the front or behind? Most people will almost instinctively answer the title question the same way. Great leaders
9 views0 comments
Scott Jones

What is your view on old-fashioned dictatorship - the my-way or the highway type approach? A great question posted on a recent Facebook Post
4 views0 comments
Scott Jones

What I learnt about life from cricket

Cricket is arguably the most time-demanding sport in the world, even at club level. The people that play it have to love it – why else would
33 views0 comments